I’m pleased that the Lenape Chamber Ensemble again requested a fun drawing from me, for their Children’s Concert next spring. This concert will include music by Mozart, Widor and Prokofiev, played by world-class musicians who also teach the young audience about musical themes and the composers. I read a bit about Prokofiev’s life and thought the iconic St. Basil’s Cathedral in Moscow would provide some architectural interest in the background, since my last illustration for a concert was set in Venice for Vivaldi.

I also discovered that Prokofiev was a noted chess player! I decided on badgers for this drawing’s main characters, and so drew a couple playing chess while others serenade them with flute, violin, viola, cello and piano, which are all featured in this concert.

Here is the sketch partially inked in – unfortunately had to change the pelican at right to a small bird, to fit in the word bubble. 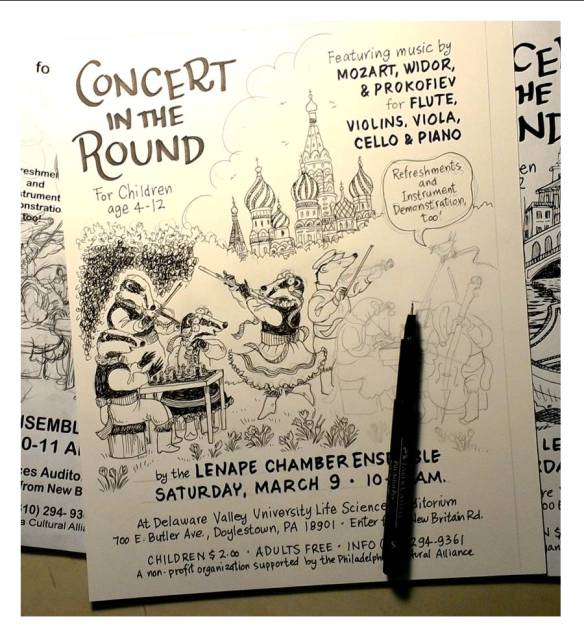 And the final all inked in – below. Should be a delightful March concert!